Following the grudge match at the Tooele County Fair’s demolition derby Saturday, a Volkswagen bug wrapped to look like a brain was demolished in the arena. The vicarious display of a brain destroyed by alochol was the brainchild of a coalition of students from Tooele and Stansbury park, according to Allison Whitworth, prevention coordinator for Valley Behavioral Health in Tooele County.

The coalition is called RAD-PAC, an acronym for Resist Alcohol and Drugs – Prevention Advocacy Coalition. The group was officially formed in March 2017 by merging a youth tobacco prevention coalition sponsored by the Tooele County Health Department with Valley Behavioral Health’s youth substance abuse coalition. The coalition is involved in several programs to reach youth and the community with an anti-tobacco, alcohol, and substance abuse message, according to Whitworth. “Their first activity was Kick Butts Day in March, a national day of activism that empowers youth to speak up and take action against tobacco use,” Whitworth said.

At the demolition derby the coalition manned a booth for two hours before the derby started. They handed out literature and talked with people about the impact of alcohol on the developing brain, according to Whitworth. Prior to the demolition of the Volkswagen, three coalition members read parts of a short speech about underage drinking. Courtney Van Derwerken, Grayson Crossley and Ryan Callister, read the speech. Crossley wrote it.

The use of alcohol, tobacco and other substances by Tooele County youth has been declining for the last 20 years, according to Julie Spindler, safe schools coordinator with the Tooele County School District. While only a small percentage of Tooele County youth report using alcohol and other drugs, the collaborative efforts of the health department, Valley Behavioral Health, the school district and other agencies continue to build the community’s protective factors and reduce community factors that put students at risk of substance abuse, according to Spindler. 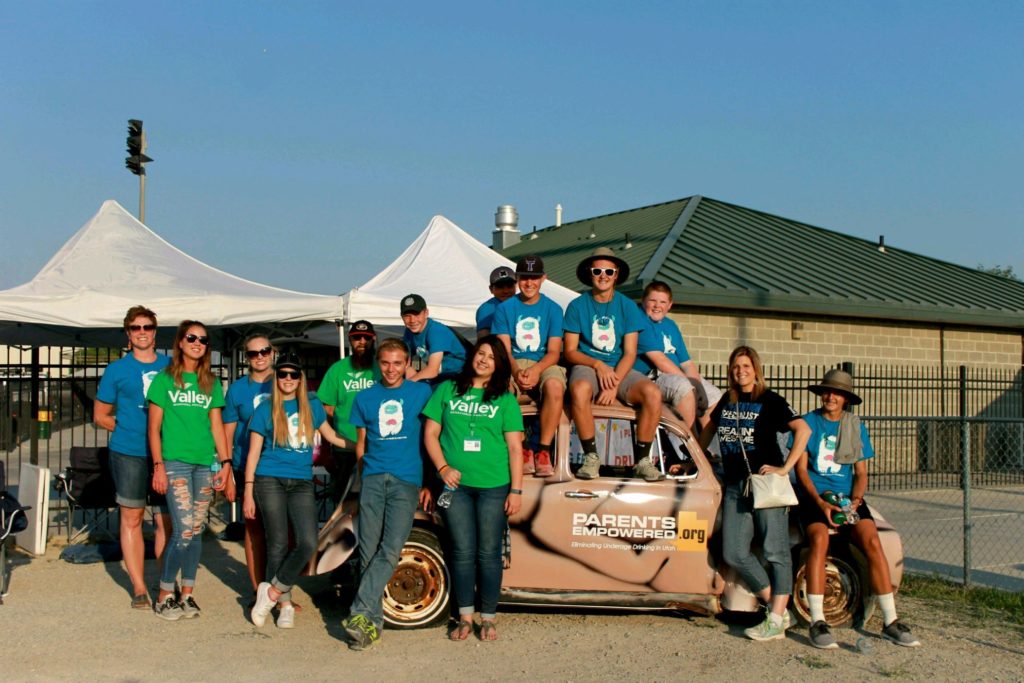